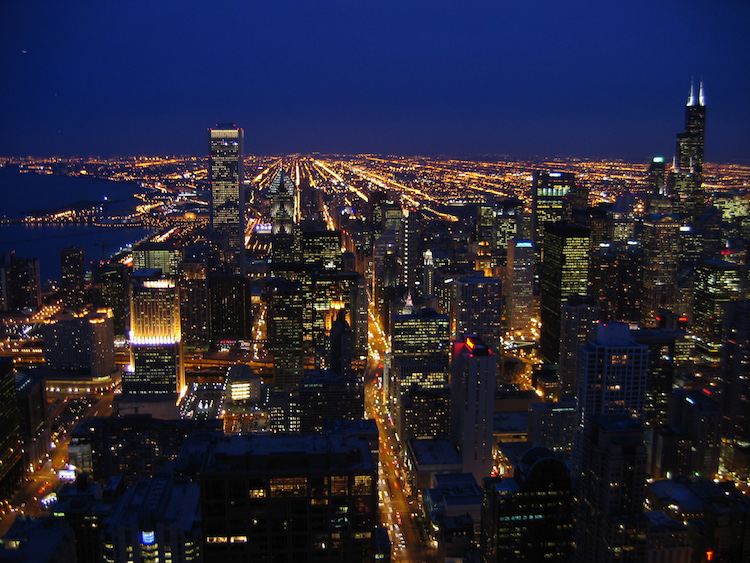 I’ve always been inspired by the way our species has learned to live side-by-side, despite our wildly different realities. It is, perhaps, the greatest feat of evolution. I also believe that this reality-diversity is the most likely ticket we have to liberate ourselves from suffering – through internal viewpoints rooted in story, to external conditions that drive reasoning and creative expression.

When I attended Columbia College in downtown Chicago, the most enduring impression the school had on me was its location in the South Loop, in the heart of the city, pressing up against Grant Park on the lakefront. I would often ride the elevator to the top floor of the English building just to sit in front of the long window at the end of the break room and look down at rush hour taking place. Every day, I thought the same thing: how is this not chaos? How is it that so many people, living out so many different stories, are able to pull this off without it tipping into insanity? 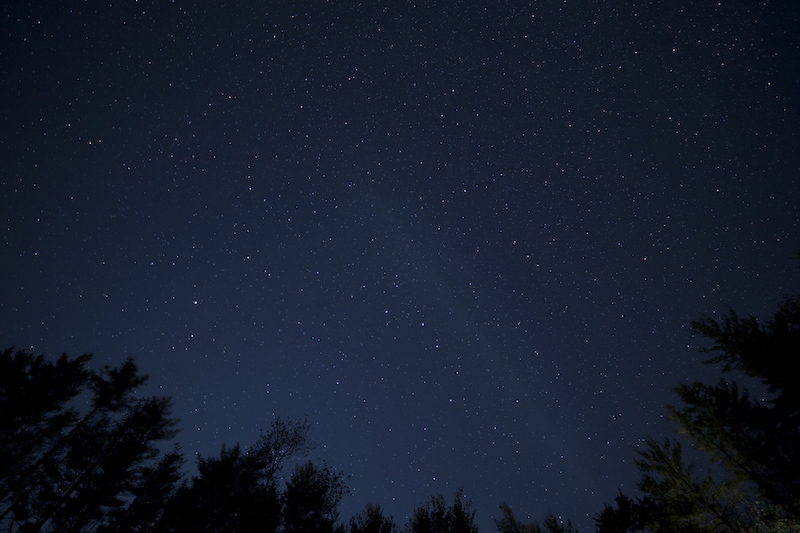 I was reminded of my first big overnight camping trip at Boy Scout Camp Kai Kima in Hardy, Arkansas. It was a reward for turning 12. On Day one, after a full day of arrival, orientation, canoeing, hiking, setting camp, and watching the campfire, I fell fast asleep before the rest of the troop had even settled down.

Around 2 am, I woke up. I could hear whispers and shuffling around me. I kept my eyes shut and pretended to sleep while a few older scouts lifted my cot and carried it out of my tent. They carried me for what seemed like at least 5 minutes before setting me down and quickly running away. It was at that point that I discovered I was the subject of a prank.

When I opened my eyes, I was in the middle of a wide-open field. The scouts had left containers of food all around to attract animals. For a brief moment, I was terrified.

But the bears never came. I lay on my back for a long time, just staring up. I had never seen the night sky so clearly before. I drifted into a state of wonderment.

For me, wonderment is the energizing juxtaposition of extreme teensy-tiny-ness and supercharged divine significance – filling the consciousness at the same moment. I find that the most transformative and original ideas emerge from this state.

As I lay beneath the stars, immersed in thoughtless wonder, I heard myself say, out loud, “When I grow up I am going to change the world.” 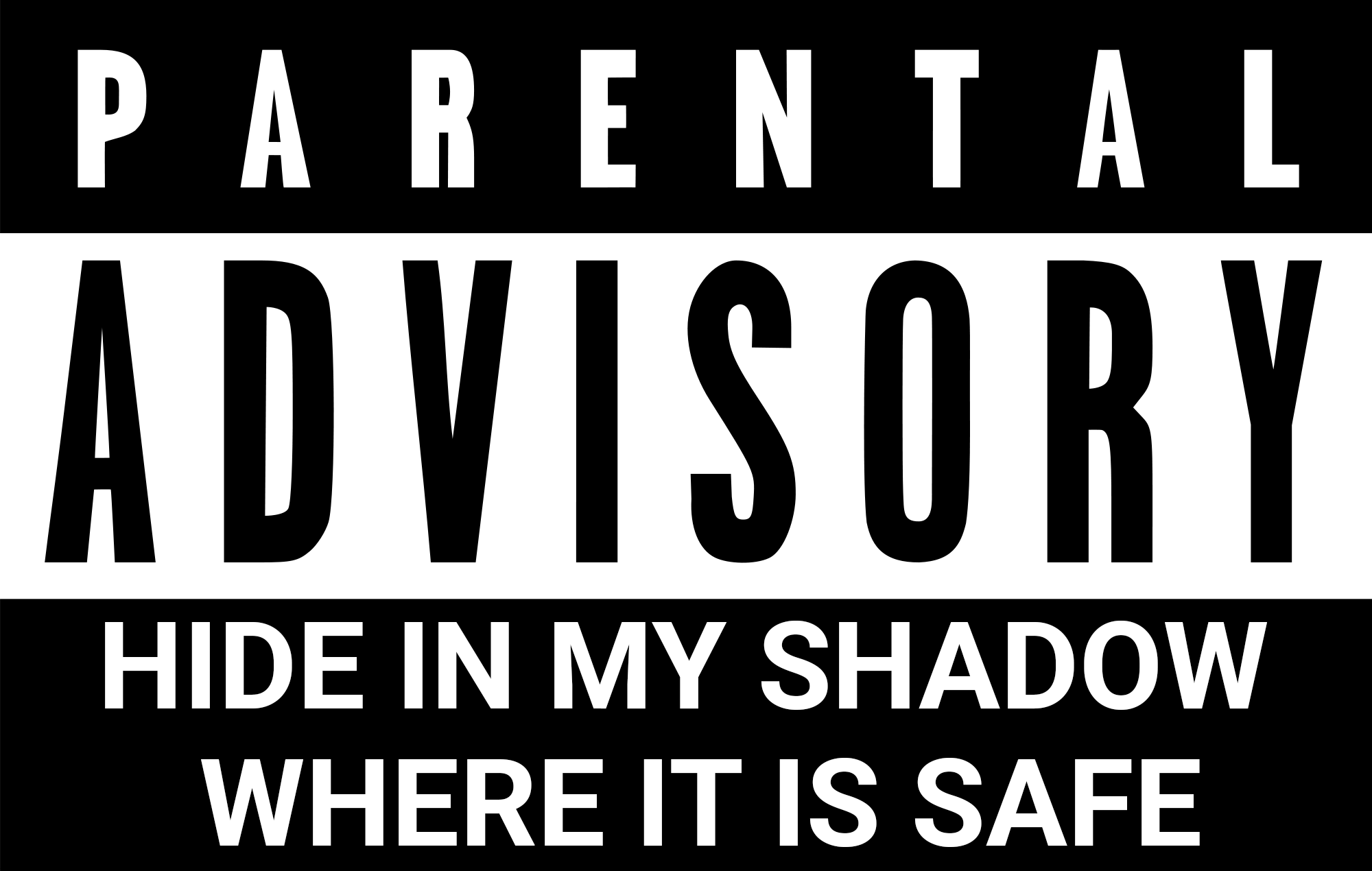 BUT… YOU CAN’T CHANGE THE WORLD

Not long after, I sat at the dinner table with my family and randomly proclaimed, “When I grow up, I am going to change the world!”

I won’t go into detail about the lecture that followed. In summary, I was told: “No, you won’t.” I was instructed to pray for the world instead. In her best intentions, my mother relayed that only a distant, often quite fussy, God wielded the power to change the world.

And, as I grew into that world, others mirrored those words on countless occasions. When I announced at 20 that I wanted to go follow in the footsteps of my hero, Jane Goodall, to work with primates in Tanzania, I was quickly warned not to stray so far while pursuing a career. When I wrote an essay on how art could heal divisions between communities recovering from war, I was given a D because my untested, although now validated, strategy was labeled as unrealistic. When I told a classmate while sitting in front of that top floor window in the English building that I would travel the world to uncover the meaning of life, I was told to, instead, read the books of others who had tried and failed. And as a young adult, when I shared the idea of my first agency, Sensible City, I could only find one human being who would support the notion that a profitable agency model could operate based on social change.

2 years later, after Sensible City passed the $1mm revenue mark, my world began to change as I realized that I had been talking to the wrong people all along. 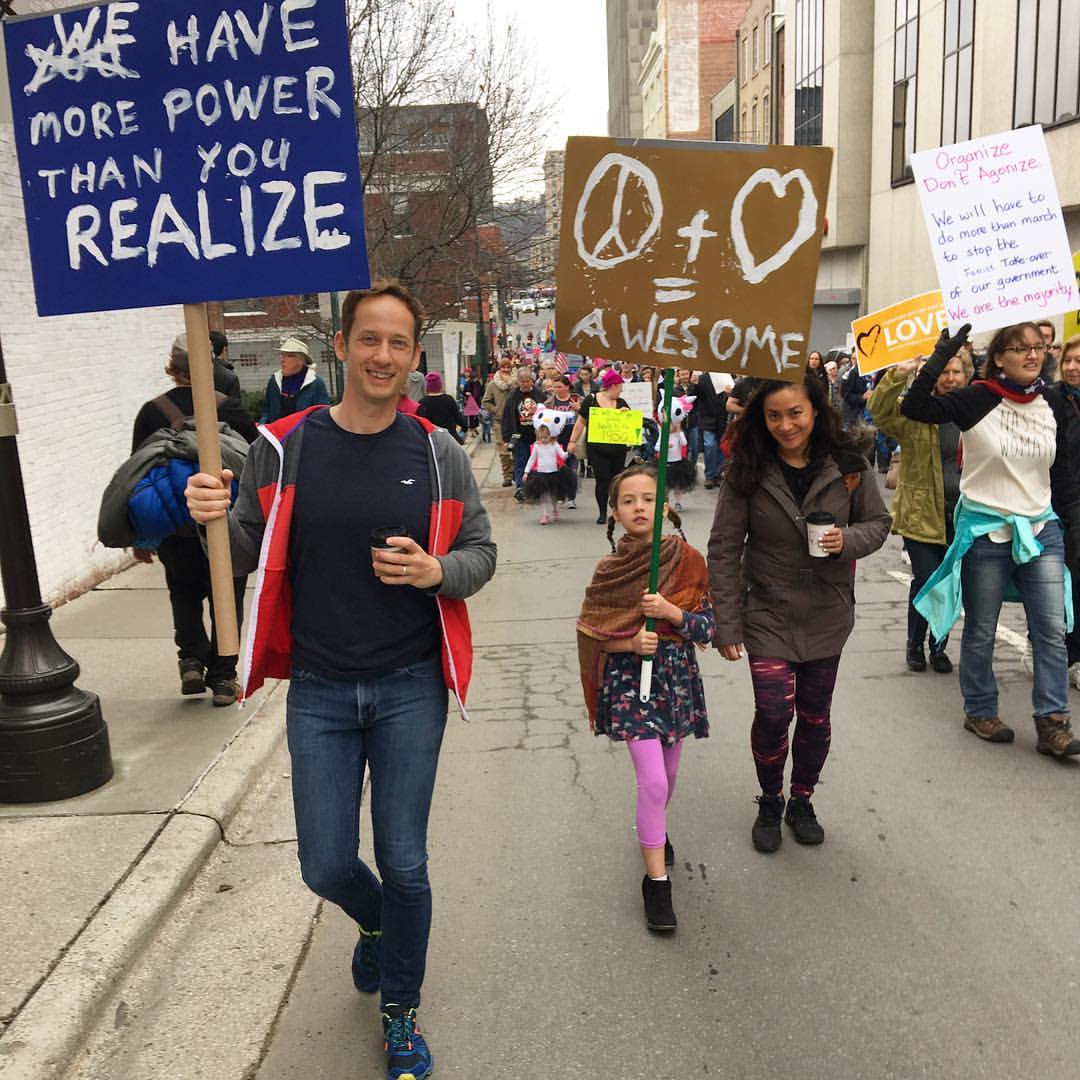 With my daughter and unicorn, marching for peace and civil rights in Asheville.

Having reclaimed those 12 years of being told that I was naïve for pursuing my purpose, I’ve set out to do what I was placed on this earth to do.

IT’S ABOUT CHANGING THE WORLD

As a matter of fact, we all change the world, every day, just by being who we are.

When we change, the world changes. And when we join forces, with the intention of creating new mechanisms for others to experience change, WOW – the world really changes. And from, what I’ve gathered, lasting change has to emerge from the most important of all inner-transformations: the return to love. Real love. Universal love.

This is the human revolution, and it’s the only one we’ve got that will endure time.

We all have the power to change into more loving and caring beings, and our precious reward for doing so is the power to change the world around us. When we realize who we are, we find our place in cultivating change for others. And when we join forces with the right intention, we can wield that power anywhere, anytime, and in any situation.

Being rooted in love, I’ve set out to have as many conversations as I can about what it takes to change the world. It starts with believing in the future and in ourselves. Having a conversation about changing the world is simpler than you might think. 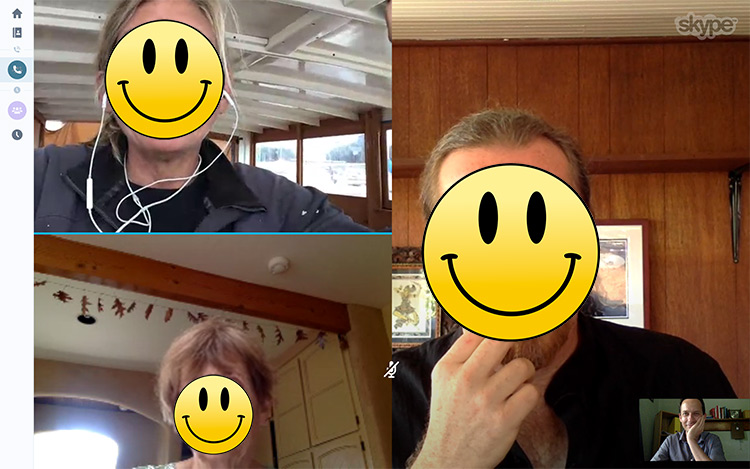 HOW TO TALK ABOUT CHANGING THE WORLD

The image above is a (slightly altered) screenshot from a call I was on last week. The topic was: how to build a social movement to create massive action, all over the world, to reduce carbon emissions. I hadn’t even met some of the individuals on the call, but, through our shared appreciation for strategy and our love of humanity, we built a heck of a plan in 90 minutes. We’ll be sharing with it an organization we all love in common.

What stood out most to me during the call was how much I loved what was taking place. We didn’t work for a company that ordered the call. None of us were paid to have the call. And really, none of us were fully qualified to discuss the topic at hand. But we did. And what came out of it was beautiful.

In short, it was a structured dialogue about how we might join forces to enable others to join forces to bring about a meaningful change in the world.

Note: I have a little crush on this thing I discovered at the Nexus Global Summit a few weeks ago. It’s called Front Porch Ideas and, based on the passion and beautiful intentions of its creators, this idea alone could change the world. Incubators and complicated pitch festivals, watch out! It may be that what really matters most is that we turn to one another: humans connecting in support of visionary ideas that will shape our future.

Conversation is a meeting of minds with different memories and habits. When minds meet, they don’t just exchange facts: they transform them, reshape them, draw different implications from them, engage in new trains of thought. Conversation doesn’t just reshuffle the cards: it creates new cards.

My goal is to have conversations every week with others about how we can up the game and intensify the intention.

There’s nothing quite as energizing as talking to others about changing the world, which is why I find step one to be the best one of all. 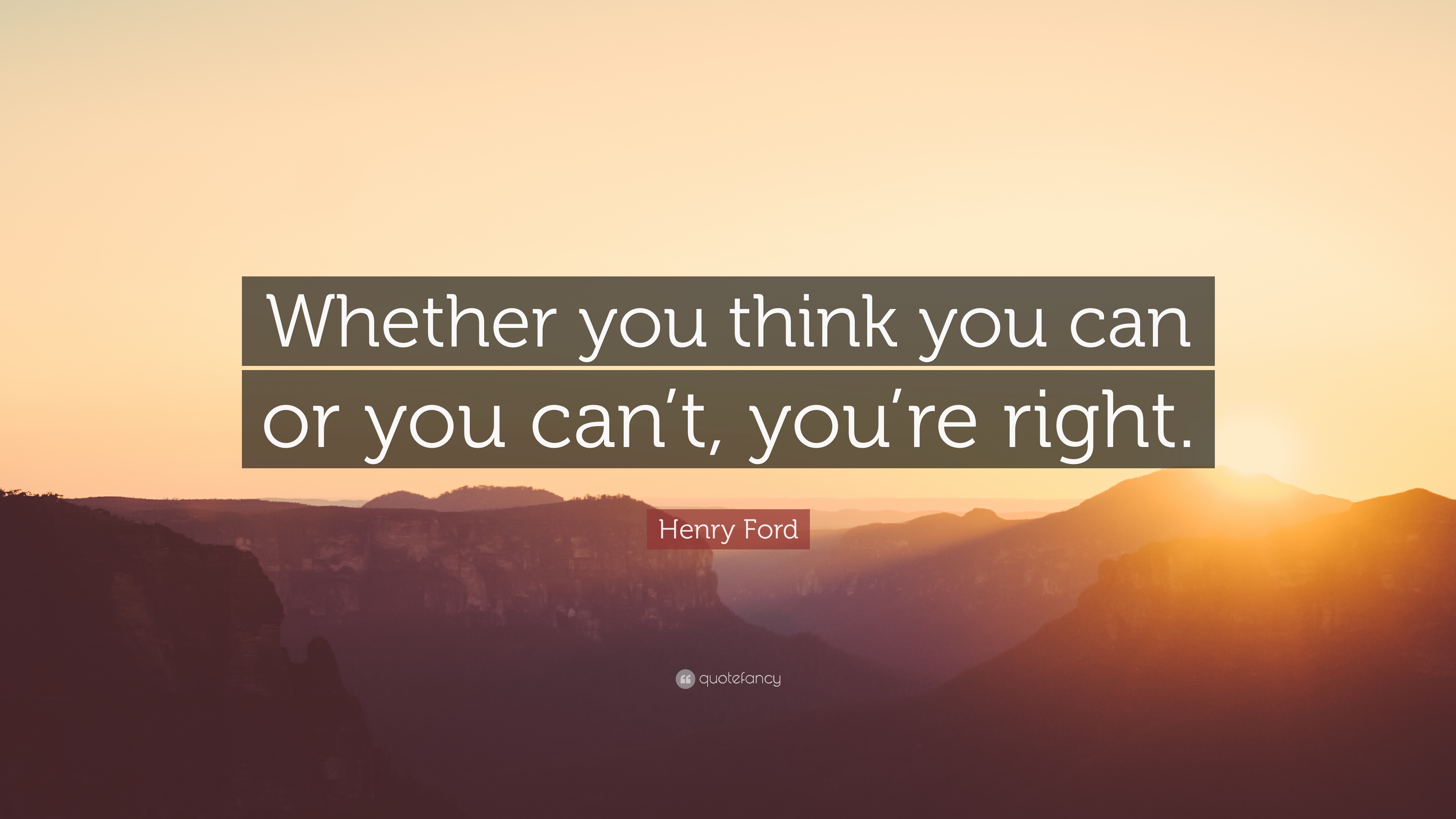